I TRIed – My first Triathlon

Before starting let me thank my friend for helping in achieving this.

It was a long time desire to attempt a Triathlon. The definition says “an athletic contest consisting of three different events, typically swimming, cycling, and long-distance running”. I did all this together one after the other. I attempted the Sprint Triathlon (750 m swim + 20 km cycle + 5 km run) in the specific order.

After deciding to not run the SCMM this time this attempt of the triathlon will give me some happiness.

I wanted to get a first hand experience of what Triathlon will be. The smallest of all the triathlon event is the Sprint Triathlon. Instead of participating in an event I decided to attempt on my own. It was a good decision to do it. I realized how difficult and tasking it is to attempt one.

Tri Day :
I got up at 4am as the excitement to attempt the triathlon was quite high. I freshened up and headed towards JP Park swimming pool.

Swim :
Just before I entered the pool there was an urgency to relieve myself. I finished the process by 5 mins. Freely I entered the pool by 6:20 to start the swim session. The pool is very good. It is a 50m pool. My shoulders were stiff after my yesterdays 1KM swim .  Nevertheless I was able to finish the 750 m swim in approximately 30 mins. I felt not a bad start to my first Triathlon attempt. I didn’t want to take it simple as the daunting 20km cycle ride and 5 km run is in front of me. It would not be easy as swimming. I got out of the pool and took a quick bath and changed to my basic cycling gear to start the cycle session. 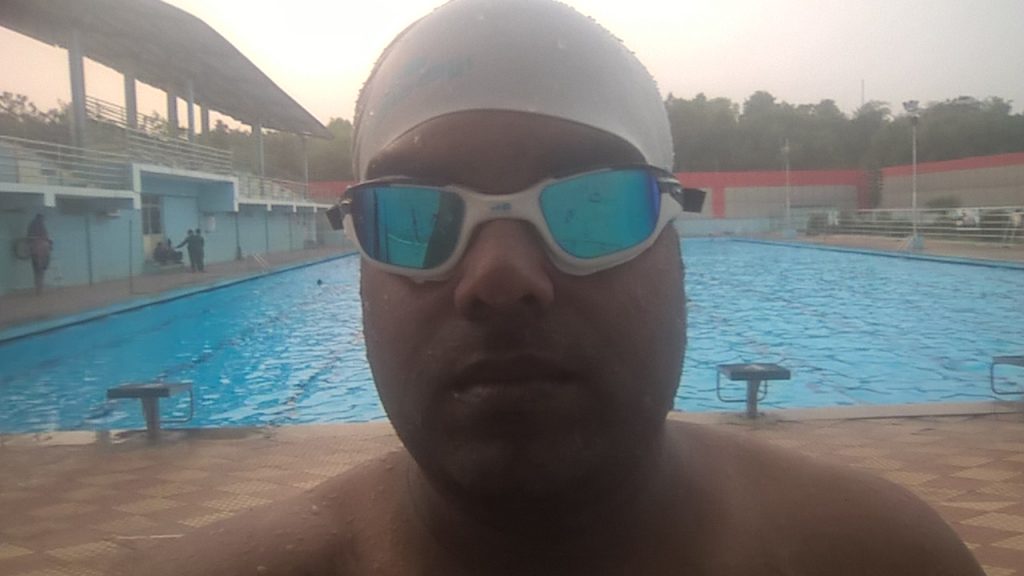 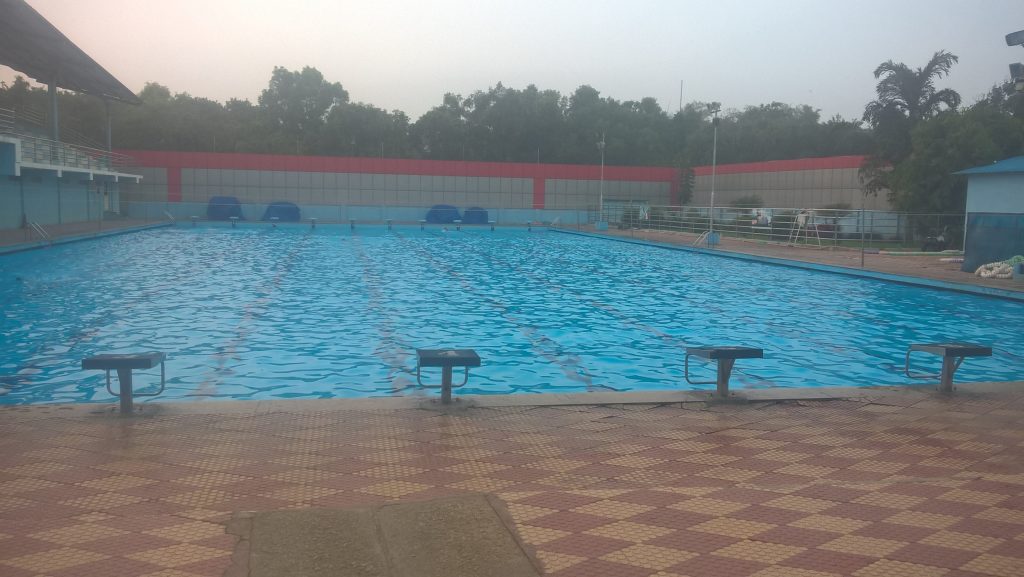 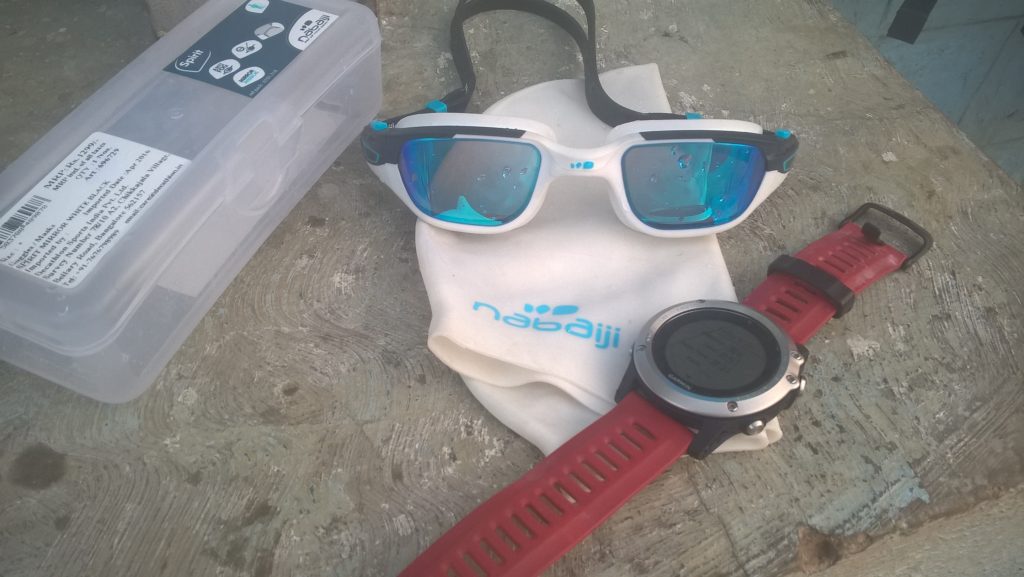 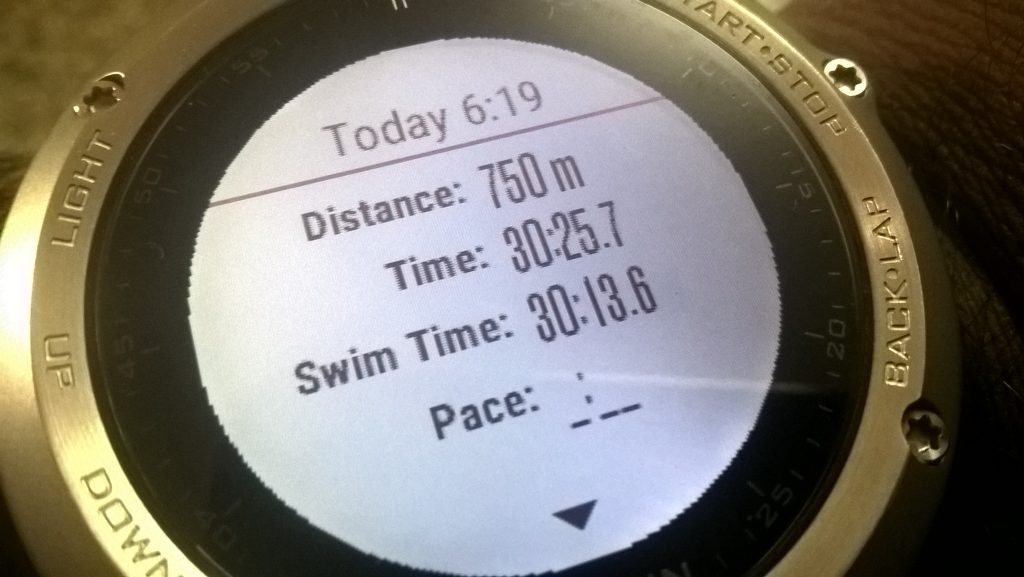 Cycle :
Immediately after the swim session I started the cycling. Cycle was ready outside the pool. Thanks to my friend who was kind enough to get the cycle to the pool. My cycle is Firefox and it is a MTB. Attempting a cycle ride in a MTB is slightly difficult and to cover a long distance of 20 km will take its own time.
I started the cycling from JP Park – Mekhri Circle – CPRI – MS Ramaih hospital – New Bel road – and then back via same route to Sankey Tank. This route was quite tough considering the elevation . The route was full of up and down. The toll on the legs were  more. Eventually I was able to finish the 20km cycle ride successfully in 1hr 35mins . It was a satisfying ride as I was able to finish the ride with no much issue. One funny incident happened during the cycling session. By mistake I had kept the setting of my watch to track the distance in miles. Even though I was pushing myself to a faster ride the speed was not going beyond 7. It was 7 miles/hr but I considered 7km/hr. At exactly 16th km when it showed only 10 (mile). I stopped and checked the setting. Then I found it was in miles. I changed it to kms. So the 10 mile automatically got converted to 16km. That was a quick boost to my confidence. If I would have not checked the setting then I would have done 20 mile which is 32 km. I didn’t want to do a 32 km at this stage just by mistake. I wanted to stick to my normal 20km cycle ride.

Check the Cycling route movie made by Relive.cc. Movie Link is here https://www.relive.cc/view/824727510 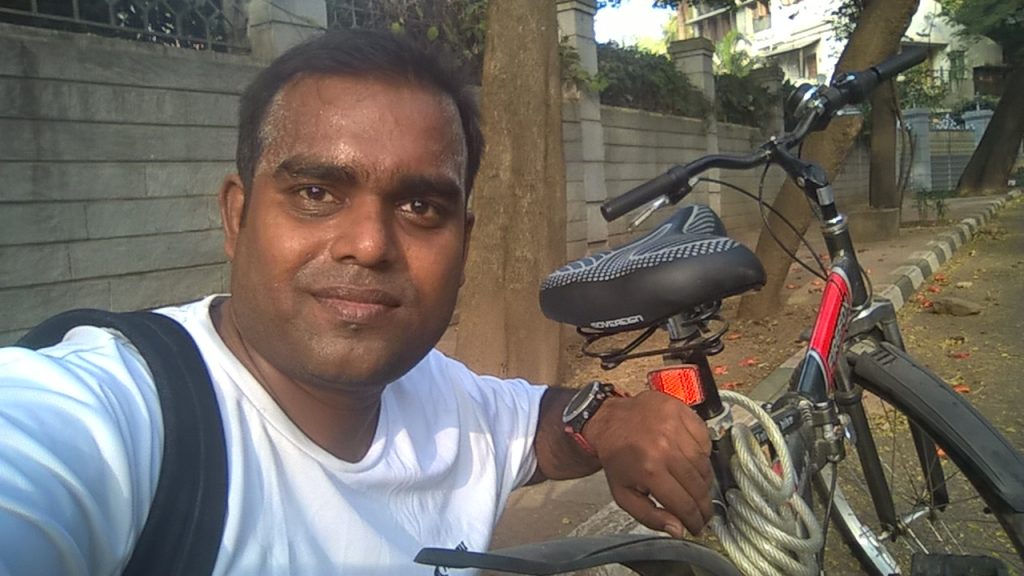 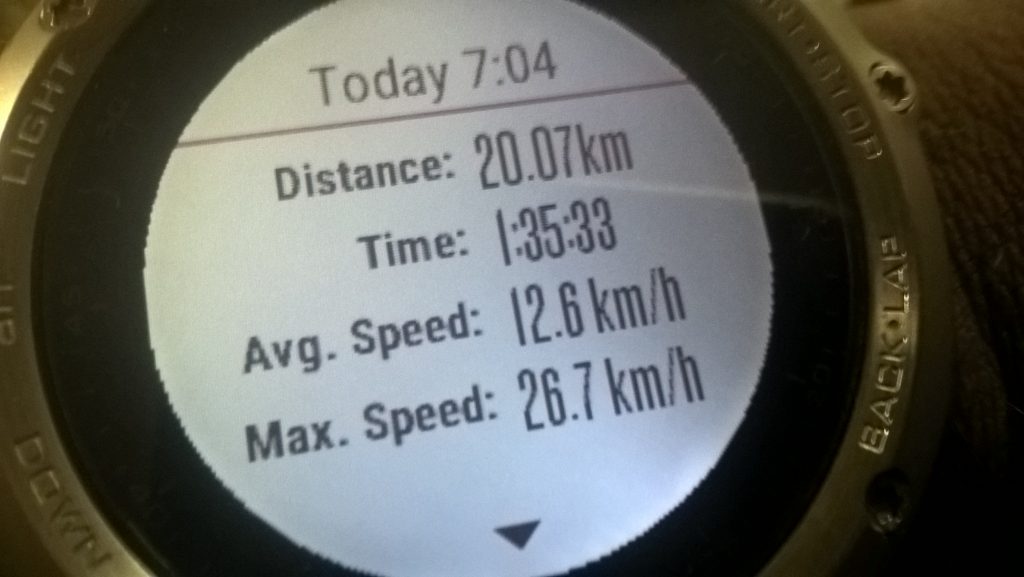 Run :
After finishing ride I parked my cycle near Sankey tank. Started my running immediately. Running has always been my favorite sport. But in this case it was tough. Running post cycling is tough and today I realized. Its good that you get some realization.The distance was 5km and it was not a big distance for me. But still completing 5km run was a challenge on its own considering the swimming session and cycling session just before this. And to top that Sun was saying hello with its bright smile. And it made it even more difficult. Just after 2km I took a 30 second break to drink water. In the end I finished the 5 km run in 44 mins. Not the best of the timing but satisfied. 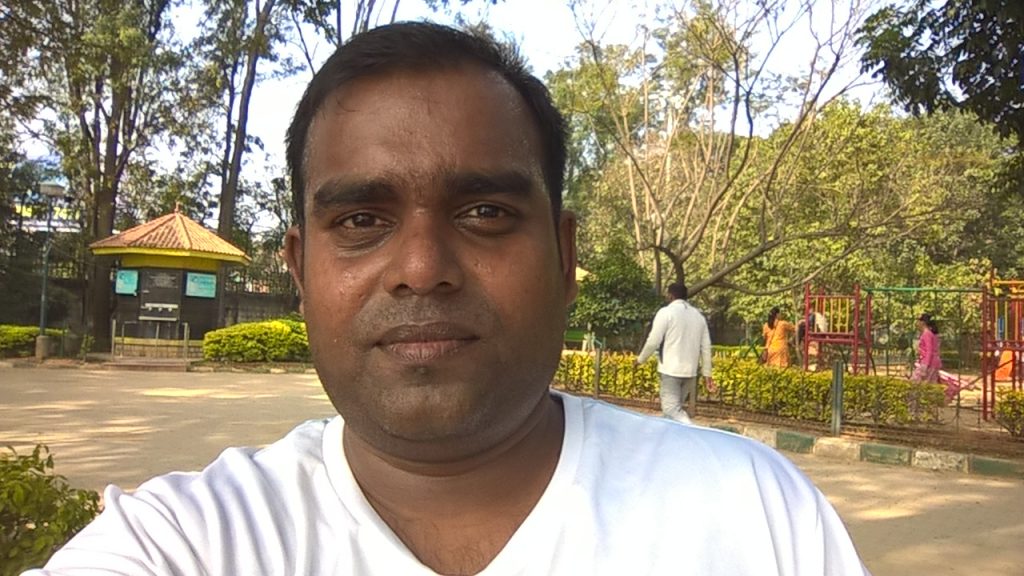 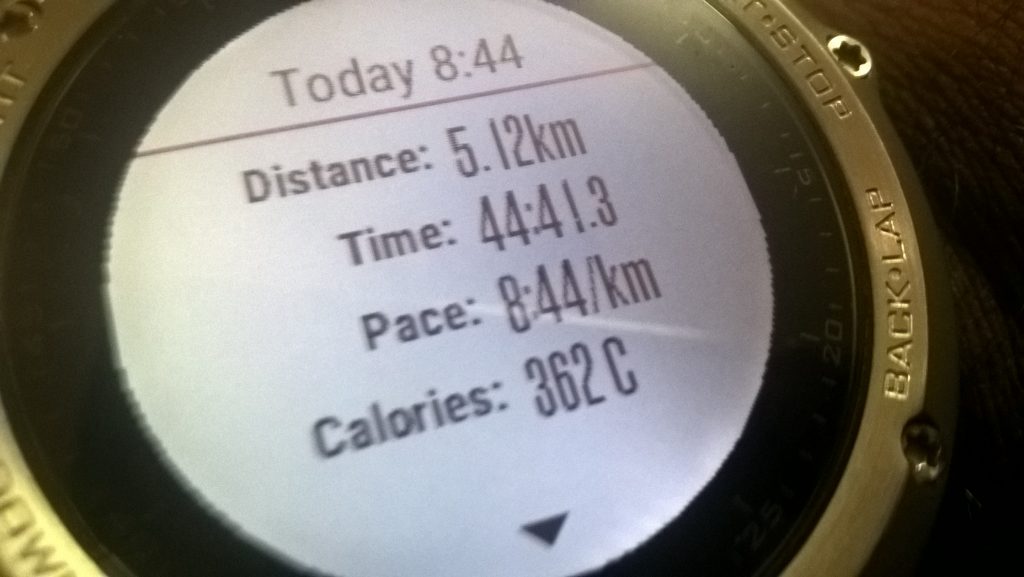 Life Lessons from Triathlon
1) There will always be starting issues everywhere. That shouldn’t  stop someone from doing what is good.
2) Life is full of ups and downs. During cycling the most difficult task is the uphill. But we should always believe there will be a downhill ride, we can relax a bit at that time. But after the downhill ride we should not be complacent as after the downhill there will be a road with no elevation, still we have keep pedaling to keep moving. In life also we should keep moving even if there are lots of ups and downs.
3) Triathlon is full of spice. There is Swimming, Cycling, Running. Similarly in life also we should attempt different things to keep us sane.
4) Nothing is easy in life. Everything is tough and we have toil hard to get it. For me running was easy, but post swimming and cycling it was quite tough. So nothing should be taken for granted.
5) Don’t be in a hurry. Things what you started will surely be completed but take your time and finish it.

There are many other points which one can ponder upon.

Moral :  First ever triathlon was a wonderful experience.

18 Responses to I TRIed – My first Triathlon